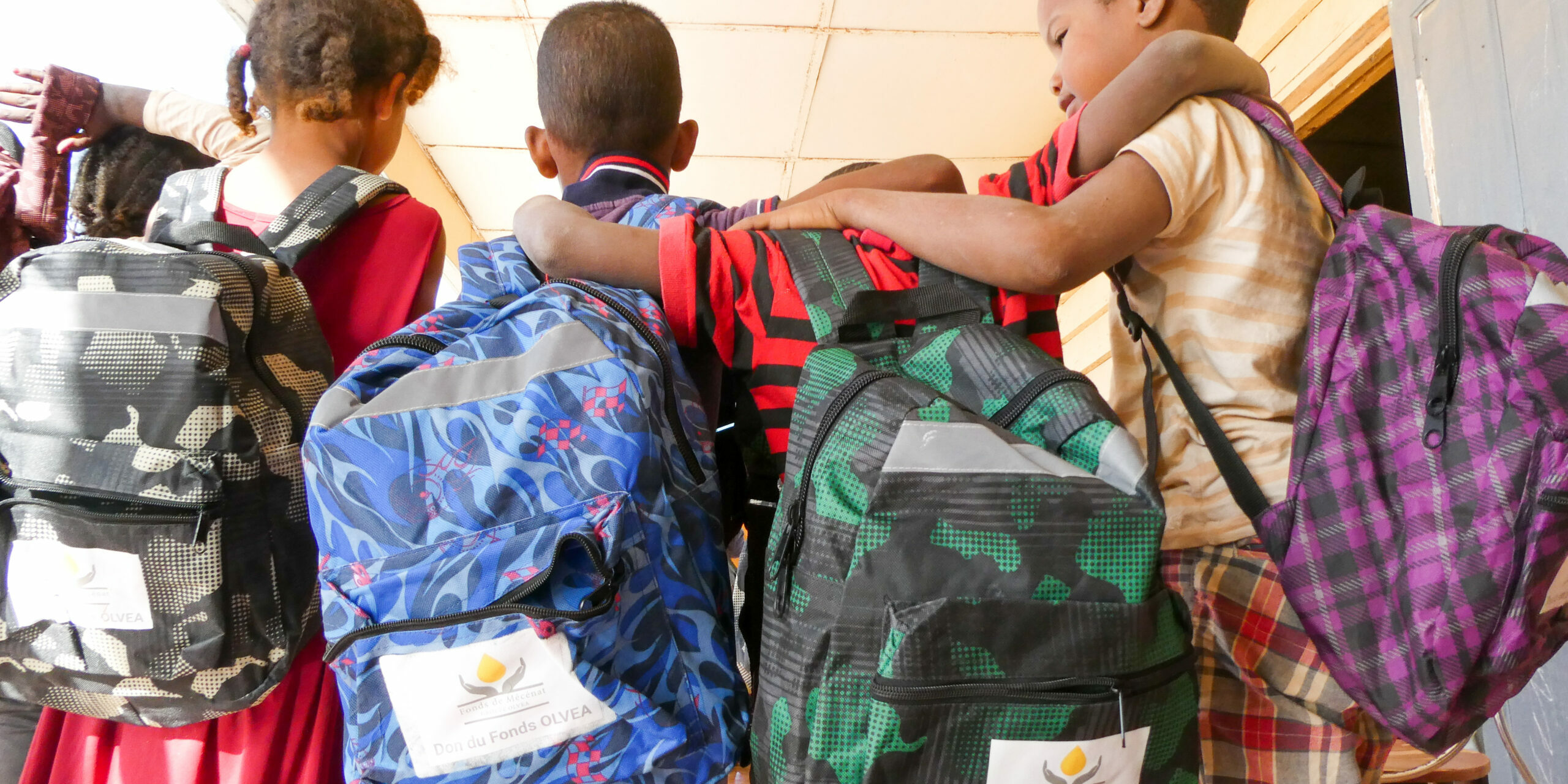 In 1989, the International Convention on the Rights of the Child was adopted unanimously by the General Assembly of the United Nations. It aims to stand up for children’s rights and help them achieve their potential… World Children’s Day reminds the world of this promise!

In Mauritania, the lack of schooling equipment is one of the main difficulties encountered by children to access education.

The charity MauritaVie provided 800 school bags and supplies for the pupils of Nouadhibou schools (Mauritania). Created in 2020 and financed by OLVEA, this non-profit organization is committed to local and sustainable development.

In addition to supporting vulnerable families, this contribution aims to encourages children’s schooling for children and to the fight school dropout.

It’s estimated that 45% of Mauritanian school-aged children are “out” -of -school, which represents more than 450,000 children.

This website uses cookies to improve your experience while you navigate through the website. Out of these cookies, the cookies that are categorized as necessary are stored on your browser as they are essential for the working of basic functionalities of the website. We also use third-party cookies that help us analyze and understand how you use this website. These cookies will be stored in your browser only with your consent. You also have the option to opt-out of these cookies. But opting out of some of these cookies may have an effect on your browsing experience.
Necessary Always Enabled
Necessary cookies are absolutely essential for the website to function properly. This category only includes cookies that ensures basic functionalities and security features of the website. These cookies do not store any personal information.
Non-necessary
Any cookies that may not be particularly necessary for the website to function and is used specifically to collect user personal data via analytics, ads, other embedded contents are termed as non-necessary cookies. It is mandatory to procure user consent prior to running these cookies on your website.
SAVE & ACCEPT